David Bowie was once asked what he does in times of uncertainty. In those times when our identities dissolve and we’re not quite sure what we’re supposed to do. He replied: I go back to basics. For him this often meant setting up a new band, like Tin Machine - remember them? Going back to basics will mean different things for everyone. But sticking to this principle reveals what it acutally is that we’re made for doing.

My time of uncertainty has lasted for a few years. And it peaked when everything seemed to be going well - al least on the outside. I had a steady academic job doing my beloved anthropology, I was writing, I was exploring different countries. What was possibly wrong with all that? It was the lack of purpose.

Many popular advice on how to achieve happiness agree on one thing: we become happy when we do what we love, regardless of pay. They say, money always follows. I’m not disputing this. But there’s one element of happiness that usually gets left out - or is merely implied. Happiness unfolds because we feel purposeful doing what we love. And purpose involves feeling connected to the world around us. If we keep doing what we love and no one relates to it, we end up happy but alone. And at that point we ask: what’s the purpose of all this?

It’s no mere coincidence that people deliberately crash their own life when everything seems to be going perfect. We recognise this as the point of excess - when we do what we love but we end up doing it for its own sake. It fills us with hollowness. My point of excess was the same: anthropology, discovery, writing - but for what purpose? For whom? Academic articles are read by a minority of colleagues. Out there, the world faces difficult questions to which anthropologists often have smart answers. But the answers are buried in obscure publications. As a fairly closed group, we speak only to each other and this is how we stop relating to the world.

The need to popularise science has been around for a while. Even academic grants now require scholars to be more aware of ways their knowledge can reach a broader public. But too often this demand has remained a formality. Too often the world simply doesn’t recognise smartness in the academic talk. Who is responsible for that? I’m not quite sure. What I’ve noticed is that non-academics are much more fluent in the worldly talk. They relate better. And then I think: what a shame for all that hard-won knowledge to go unnoticed - simply because academia and the world at large don’t speak the same language.

My time of uncertainty is almost over. I made a crucial transformation, and it has nothing to do with changing the things I love. My basics are still anthropology, writing and exploring. I just don’t do it as an academic. I’ve crossed over to the other side of the ivory tower just by changing the perspective. I’m spending most of my time in Zagreb now. Foreign friends often ask me about Croatia because they want to travel there: what’s it like, what people are like, what they’ll need to have the best time there. I listen to them: it’s how my happiness becomes purposeful. Instead of offering them factographic advice, such as 5 best coffee shops or a list of must-see museums, I put my anthropological hat on and I tell them about ‘Croatian culture’. I write about things that are usually left out from travel guides: because they are taken for granted by the locals and hidden to the foreigners. And guess what happens: I write, they read. The world and I finally speak the same language.

Are you interested in how a trained anthropologist can write for a broad public? Head over to Zagreb Honestly and learn ordinary things about Croatia from an extraordinary perspective.
Posted by Andrea Pisac No comments:

My latest novel in Croatian 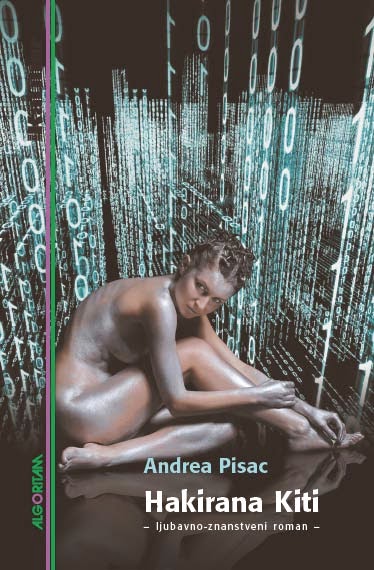 My short story collection in Croatian 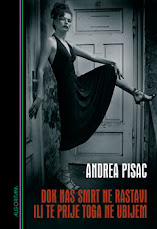 Until Death Do Us Part of I Kill You First